A deciduous tree, the White Willow is generally found along stream banks, shores, and fertile woods in England, North Africa, parts of Asia, and northern, temperature parts of North America.

The White Willow is a large tree, growing as high as 75 feet. It is covered with a rough grey bark with very brittle twigs at the base.  The leaves of the White Willow are alternate, long and thin, finely serrate, and covered with short hairs. It flowers between March and June.

The question has been asked, is White Willow and Black Willow the same, the answer is that they are different species of the same Genus, and they both have very similar, if not the same, constituents.

Willow is a large Genus of trees, including pussy willow, weeping willow etc.  All this genus have similar constituents, but here in Britain the White Willow is the best of this genus when using for medicinal use.

Harvesting and storage:   Strip the bark from the young branches of White Willow in the Spring just before the sap begins to run, when the branches are rich with their new spring colour.   Once the strips of bark are harvested, allow to dry at room temperature in a dry, and airy spot, stirring frequently until it is fully dry before placing in a jar and storing in a cool, dry place.

Therapeutics and Pharmacology:   White willow is the original or natural Aspirin, and has nearly the same indications as its synthetic counterpart. Where these two compounds differ though, is that Aspirin can affect the stomach, making it a contraindication where patients suffer from such diseases as high blood pressure.  White Willow when taken intact, has no effect at all on the stomach, making it easier for the body to absorb and interact with.

This herb has been used for millennia for natural pain relief, reducing fever and inflammation, and recent studies are proving the traditional indications of white willow to be correct.

In the herbal treatment of rheumatoid arthritis and lower back pain, migraine, headache, fibromyalgia, Cohn’s disease, wart removal and any condition characterised by pain and inflammation.

The active compounds in white willow, called salicylate glycosides, work as an effective anti-inflammatory by interfering with pain transmission in the nervous system and by treating the cause of inflammation.

Contraindications:   Moderate care should be used when using white willow. While white willow is gentler on the stomach than Aspirin, it can aggravate conditions such as kidney disease and gastrointestinal ulcers. In addition, if you are sensitive to Aspirin or have an allergy to salicylates you should not take this herb.

Preparation and dosage:
Make a decoction of 2 teaspoonful of berries and drink three times a day.

Folklore & additional comments:
The Willow  is particularly rich in folklore and mythology, and has many associations with gods and goddesses, such like: Proserpina, Orpheus, Hecate, Circe, Belenus, Artemis and Mercury.

One of the main properties of the Willow is fertility, and due to its slender branches and narrow leaves it also became associated with the serpent; the serpent in turn was sacred to the goddess Proserpina.

In Athens it was an ancient custom of the priests of Asclepius to place Willow branches in the beds of infertile women, this in the belief that it would draw the mystical serpents from the Underworld and cure them, the connection being the phallic symbolism of the snake form itself. However in later times this was turned around, and the Willow became protective of snakes by driving them away. Asclepius himself was depicted with a serpent wrapped around one arm, and so came the belief that he had power over snakes. The ancient Spartan fertility rites of the goddess Artemis also demonstrates the Willows connection with fertility and fecundity. Here male celebrants were tied to the tree’s trunk with Willow thongs, they were then flogged until the lashes produced an erotic reaction and they ejaculated fertilising the land with their seed and blood.

The Willow was also sacred to poets, for the sound of the wind through the Willow is said to have a potent influence on the mind which results in inspiration. Orpheus the Greeks most celebrated poet is said to have received his gifts of eloquence and communication from the Willow by carrying its branches with him while journeying through the Underworld. Due to his talents as a poet the god Apollo presented him with a lyre and asked him to make music, he in turn instructed the Muses in its use. It was said that when he played music he not only enchanted wild beasts, but also that the trees and rocks of Mount Olympus moved from their places to follow the sounds of his harp. Upon his death with the intercession of Apollo and the Muses, Zeus placed the lyre of Orpheus amongst the stars. Orpheus was depicted in bas-relief in the temple at Delphi leaning against a Willow tree touching its branches.

There is a darker side to the Willow however, for it is also associated with grief and death. The Greek sorceress Circe is said to have had a riverside cemetery planted with Willow trees dedicated to Hecate and her moon magic. Here male corpses were wrapped in un-tanned ox-hides and left exposed in the tops of the trees for the elements to claim and the birds to eat. From this association with grief and death came the practice of placing Willow branches in the coffins of the departed, and the planting of young saplings on their graves.  Old folklore advises that to plant a young Willow and watch it grow, would ease the passage of your soul at death.

The ancient Celts believed that the spirit of the dead would rise up into the sapling planted above, which would grow and retain the essence of the departed one. Throughout Britain many cemeteries, particularly those situated near rivers, lakes or marshes, are often to be found lined with Willow trees to protect the spirits in place.

The Willows connection with water links it with the moon goddess who is revered by contemporary witches and pagans alike. One old tradition concerning the Willow is still celebrated today by Rumanian Gypsies. This is the festival of Green George which takes place on the 23rd of April. A man wearing a wicker frame made from the Willow represents the character of Green George which is then covered in greenery and vegetation from the land. This is symbolic of the Willows association with water that fertilizes the land bringing fruitfulness to the fields.

On the eve of the festival and in a gay and lively manner, everything is prepared in readiness. A young Willow tree is cut down and re-erected at the place of the festivities, there it is dressed and adorned with garlands. That same night all the pregnant women assemble around the tree, and each places an article of clothing beneath it. The belief being that if a single leaf from the tree falls on a garment over night, its owner will be granted an easy child delivery by the Willows goddess.

At dawn on the 23rd Green George appears in all his splendour and knocks three nails into the tree, removing them again, he then proceeds to the nearest river, lake or stream from whence the tree was cut and throws them into the water, this to awaken the goodwill of the waters spirits to their proceeding. Returning he collects the Willow tree and takes it back to the river, lake or stream and dips its branches and leaves in it until they are heavy with water, thus awakening the tree’s beneficial and fertile qualities. The water spirits and the Willow tree’s beneficial qualities evoked, all the communities animals, flocks and herds are led to Green George who raises the tree and shakes water onto them in blessing ensuring fertility for the coming year. This done the tree is taken back to the place of festivities and re-erected. Feasting, drinking and merriment then commences in thanks to the tree and water spirits 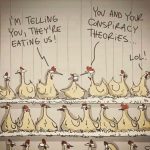 A fascinating interview video of one of the bravest women on the planet.

A detailed explaination of what goes on with the virus in the body.

What’s going on behind the curtains that we don’t see ?

Should we be worried?

Does it really matter if we have a two tier NHS service ? 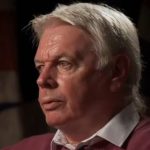 Why did this interview have 4 million views in 24 hours ?